Rising stock prices and atrocious economic statistics might seem like they don’t fit together.  It seems like economic activity should impact company profits.  The truth is economic activity does impact company profits, but stock investors are looking toward future profits and economic stats we see in the news reflect what’s already happened.  To use an analogy, the stock market is the car’s windshield – looking ahead – and economic stats are the rear-view mirror – looking behind. 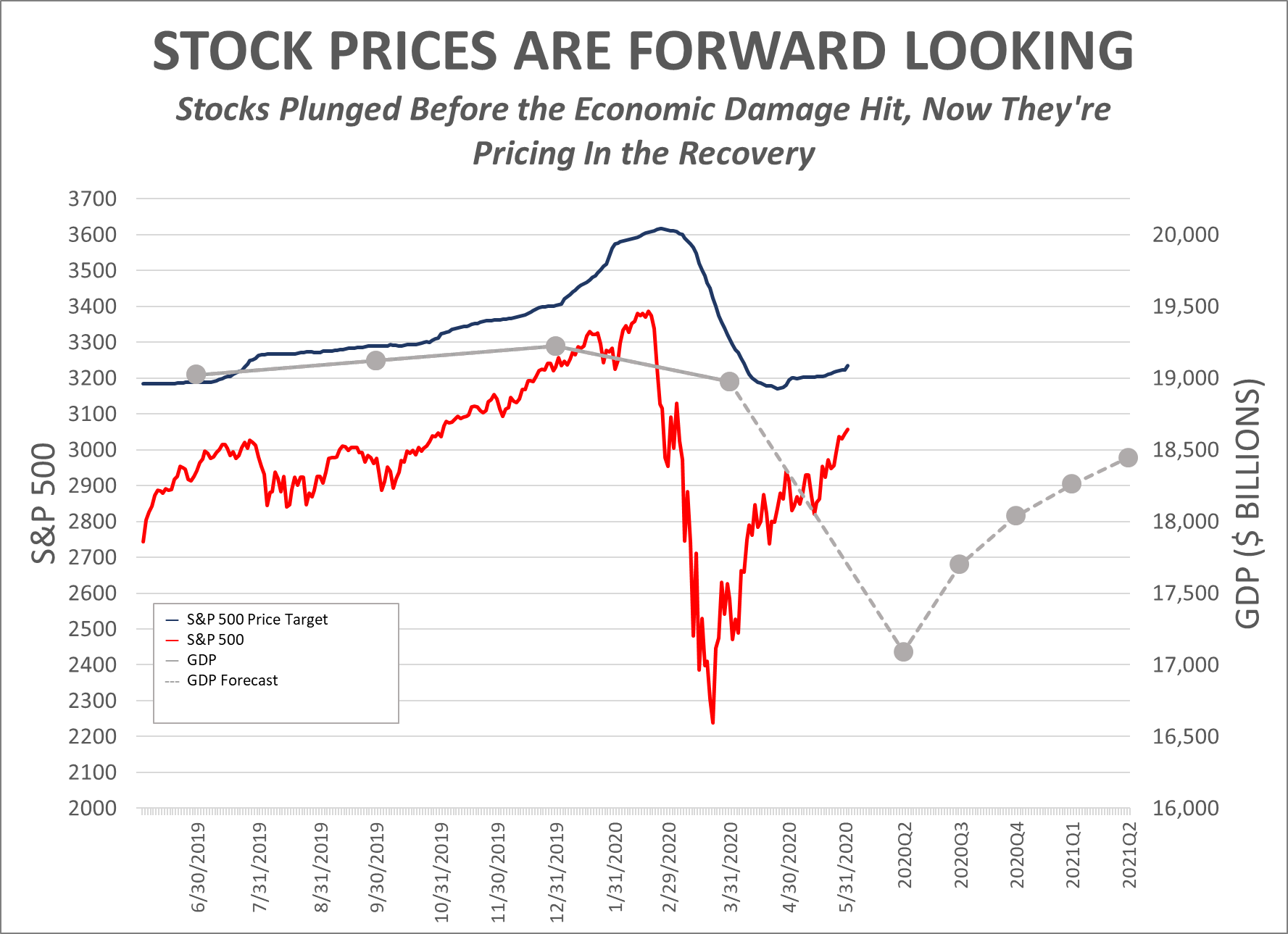 From mid-February thru late-March, the stock market priced in uncertainty on the toll of a rapidly advancing disease and the increasingly apparent impact of health-related limits on economic activity.  During that period, stock prices plummeted.

Since late-March, stock prices have recovered sharply in the face of unprecedentedly poor economic data.  The data has been – perhaps – not as bad as initially feared, but, as concerning as the numbers are, they are trending toward improvement.  It’s the direction in the data and the rate of change rather than the actual numbers.  Those factors matter whether the data is worsening or – as looks to be the case now – improving.

When stock prices fell, they initially fell more or less in unison.  Were the companies comprising the S&P 500 Index as a whole suddenly worth 35% less than they’d been previously?  Investors eventually began to differentiate between companies which could weather the health-related impact with limited disruption and companies whose operations would be harder hit.  Some companies even benefited from demand generated by shelter-in-place, work-from-home and distance learning.

As the economy re-opens, optimism has risen that this trying period will prove transitory, in spite of some likely lasting impacts.  Some of those impacts – like the accelerated adoption of new technologies – are positive.  There will likely be some bumps on the road to recovery and economic reports will continue to paint a concerning picture in some respects.  Some companies will see revenues and profits return to previous levels rather quickly.  Others will need more time to return to normalcy.

Looking ahead, if this trying period does indeed pass, the economy will have seen several quarters of poor growth and companies will have seen earnings compress.  Investors will continue to buy companies based on earnings prospects stretching years or decades into the future.  The question investors will ask themselves is whether those prospects have been permanently impaired.  The answer to that question will vary from sector to sector and from company to company.  Some sectors and firms will necessarily evolve how they do business going forward.  Every successful business is constantly evolving to build upon and continue that success.

Focus on the view out the windshield and into the distance ahead.  As an investor, that’s what you’re buying.